Our new apprentice – delegation for the team!

We’re a huge fan of apprenticeships at Virtual PA Co. It’s a great way to get people into work who otherwise would potentially be overlooked by the recruiting masses. Having an apprentice  focuses the attention of the remainder of the team, because to keep the newbie fulfilled, learning, and – let’s face it – useful, the team have to delegate.

Our new apprentice Demie arrived this week and is already proving to be a treasure. Our team can be possessive about their work because they care so much about their clients but it’s interesting how the energy changes when a new apprentice arrives. Suddenly everyone has to think about what they’re doing that could easily be done by Demie instead, and not because it’s a lowly task or a dull one, but actually because she’s damn good at it!

As an observer, company founder, (and huge fan of delegation) who is not necessarily required or welcome to interfere unless really needed (I’m delighted to say), it is delightful to see the team start to think, plan, benefit and enjoy delegating to someone who is keen, learning, occupied and lining herself up for a pretty super job at the end of her apprenticeship.

← Prev: Delegation and Your Annual Holiday . It's Christmas Time!!! → 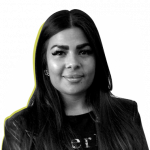 Kerinder has been with us for almost half our life! As our longest-serving senior PA, she knows all there is to know about being an amazing Virtual PA and is our go-to for a calm head and a steady hand.

November 24, 2014

What’s the difference anyway?If engaging a virtual PA and/or answering service is new to you, it can be daunting to...

END_OF_DOCUMENT_TOKEN_TO_BE_REPLACED

If you are a boutique pub with rooms, BnB or small hotel - have we got great news for you! We can help you increase...

END_OF_DOCUMENT_TOKEN_TO_BE_REPLACED

IF YOU'RE GOOD AT WHAT YOU DO, COME AND JOIN US People like us understand how to ease another's load, look after our...